Music curator, DJ and radio host, Sonido Tupinamba, is this week’s flavour in The Carvery kitchen. Primarily driven by her Latin American roots, Julia’s mixes weave in and out of tropical, disco, funk and house grooves from around the world. With regular shows on Dublab and Radio Primavera Sound, she is well-versed in how to lift spirits through her music and her mix for the Hot Plates series is no exception.

Barcelona has been her stomping ground for many years, inspiring not only her musical evolution but her culinary one too. To the table, she brings Fideuà, a reinvented paella using ‘fideo’ pasta rather than rice. 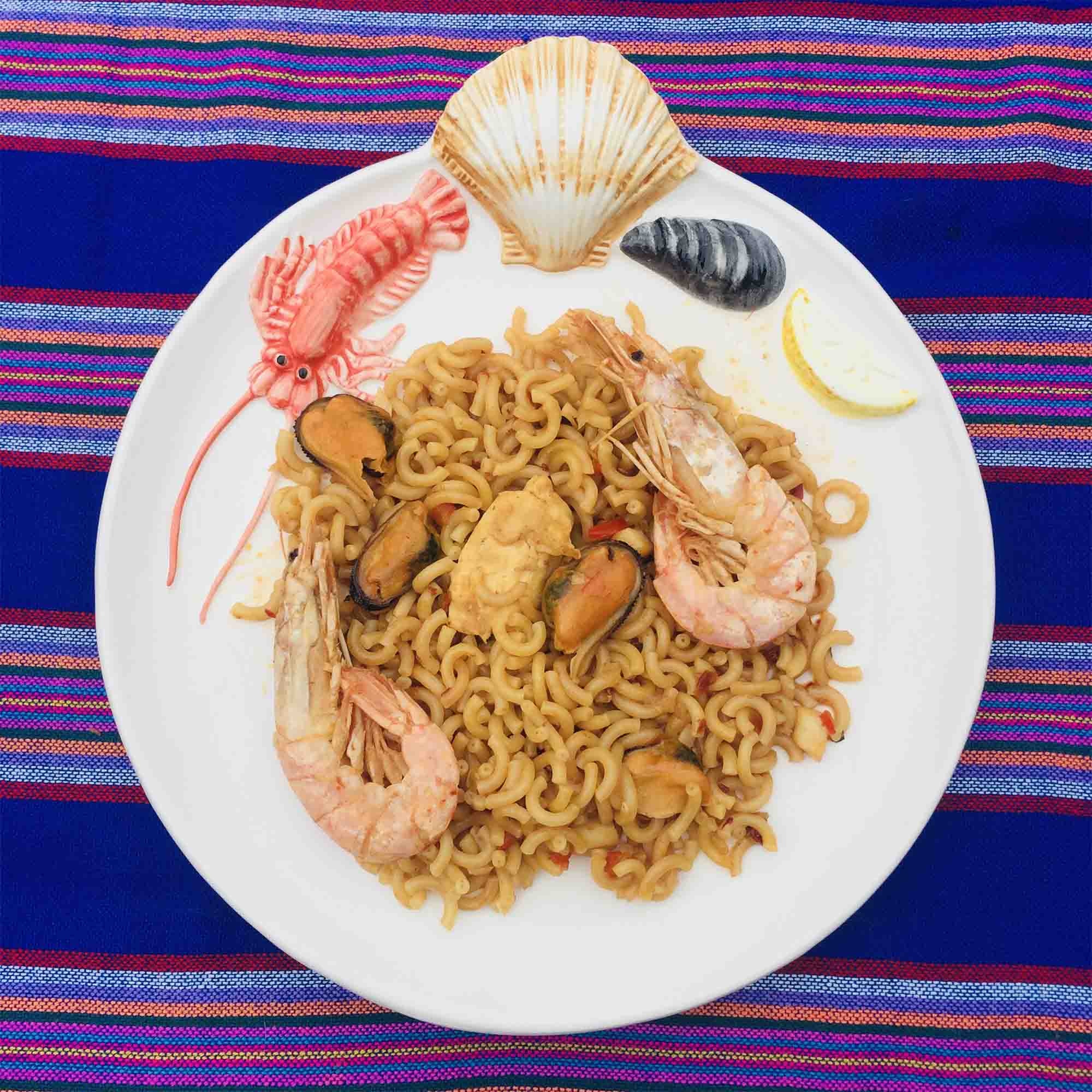 Fideuà is essentially paella made with pasta instead of rice. Like paella it should be cooked in a big paella pan so if you’re cooking for large numbers it’s almost impossible to cook paella in an average kitchen because of the size of the pan. The best way to cook paella is outside on an open fire. However, this recipe works just fine in a normal frying pan, but only if you cook it for no more than three people, even better if you are just cooking for two.